Texas Cotton Ginners’ Association has a long history of representing the cotton ginning industry and cooperating with other organizations throughout Texas and the United States to maintain the economic vitality and security of agriculture.

We maintain a high standard work ethic that includes integrity, due diligence and hard work in our day-to-day activities. We are ever mindful that our membership base relies upon the organization to keep them informed with up-to-date information ranging from legislative efforts and regulatory matters to worker safety and gin environments.

The membership of Texas Cotton Ginners’ Association believes that when hard work is augmented by good cooperation and communication, all things are possible. It is upon this foundation that the organization was built over a century ago. We have traversed many years of challenges, and it is those years and those challenges that have made us strong, and that have prepared us for the even more difficult challenges that lie ahead.

The TCGA staff works in many different areas of interest to ensure that the membership receives maximum benefit. The organization represents ginning interests at the Texas Capitol, at numerous national and state meetings, and through membership in other organizations that share mutual goals for the industry. The organization is deeply involved in helping the membership address safety and environmental issues, and provides a vital communication link among the membership and with other agricultural interests. In every instance, staff works in important leadership roles to promote the Texas cotton industry.

Agriculture, and in particular cotton production, has been important to the state’s economy since even before Texas was an independent republic. In an effort to promote the economy of the new territory, Stephen F. Austin advertised to potential colonists that the fertility of the vast, open land was suitable for cotton farming. The industry began to flourish, and cotton production became a way of life for many settlers on the early Texas frontier. It was not long before the first cotton gins arrived on the scene, and their establishment allowed for the rapid growth of the cotton industry.

Cotton ginning in Texas has come a long way since the first settlers arrived in the 1800’s. Today, some of the “super gins” located within the state can process upwards to 2,500 bales in a single 24-hour period! While the tools of the trade may have changed, the need for progressive growth and prosperity of cotton farms and the ginning industry still persists. Texas cotton depends heavily upon cooperative efforts to address the numerous issues that must be faced each day. Texas Cotton Ginners’ Association offers its membership the opportunity to work among themselves, and with other industry leaders to ensure that cotton will have a continued, significant role in the Texas economy. 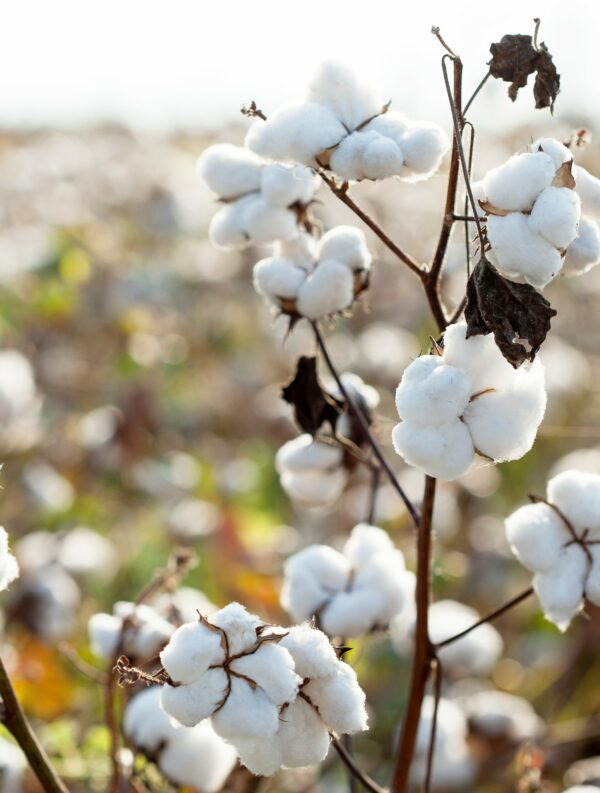 Texas Cotton Ginners’ Association is one of the oldest cotton organizations in the United States and represents gin membership that processes a majority of the state’s cotton crop each year. 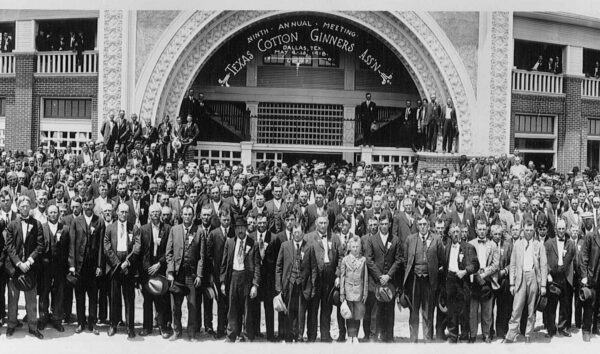 The association was first founded in 1897 at Waco, Texas as ginners from across the state recognized the need to cooperate in efforts to address numerous industry issues.

It was felt in those days that the Texas cotton ginning industry needed a voice to influence legislation, to seek solutions to mutual problems and to work to establish standardized ginning practices. Despite the recognized need for cooperative efforts, the organization was disbanded in 1901 after negotiations broke down over the round bale versus square bale controversy.

During the time following the disbanding of the original organization, ginners met periodically in area meetings to discuss issues of mutual interest and kept alive the vision of eventually forming a statewide association. In July of 1909, cotton ginners from across the Lone Star State gathered to reclaim, reorganize and revitalize their association.

The organization was finally chartered in 1929 as a non-profit, non-partisan association. Its primary, stated purpose was to serve the interests of cotton farmers, cotton ginners and the allied cotton industries of Texas. At that time, the original organizational plan provided for establishment of ginning districts based upon state senatorial districts. Through annual district meetings, ginners were allowed an equal voice in matters that came before the organization for discussion. This reorganization plan contributed to the long-term success of the association. As the organization continued to grow and evolve over the years, other considerations began to carry weight as to how to better define ginning district boundaries.

Where is TCGA now?

The TCGA Headquarters are located in downtown Round Rock, just north of Austin, Texas.